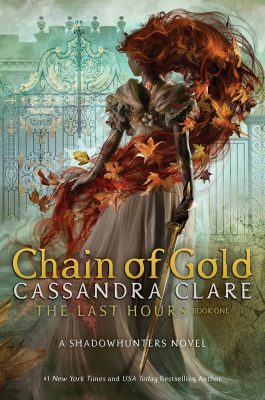 Cordelia always thought of the year that her family lived outside Paris as the last year they were truly happy. The next year Alastair would go to Shadowhunter Academy and become an altogether harder and more impenetrable person. Her father’s health declined again once they returned to England. And as if overnight, something in Cordelia would change, and her mother would begin to speak about Cordelia’s future, and how she could secure it.

But in that year, living in their small but comfortable house in Fontainebleau, all was well. And she got to see Lucie and James more that year than any other time. She would have preferred to be let loose with them in the heart of Paris, of course, but she did enjoy showing Lucie around the arcaded houses of the town, the chateau of mundane royalty, the Grand Canal along which families sat and picnicked. Lucie was ten and looked younger, but she was rather a daredevil. So of course Lucie wanted to explore the Fontainebleau Forest, and led the way there, chattering of how this had once been a much larger, ancient forest, a hunting ground for kings of old, and how she had once met a helpful changeling boy in Brocelind Forest.

“Mind, that’s a secret,” she said, darting a glance over her shoulder at Cordelia, and looking rather fey herself. “Never tell.”

Cordelia agreed, pleased to have a secret with Lucie. They roamed across a star-like crossroads into lanes of beech trees and service trees. The forest was known for its massive boulders in strange shapes—this one like an elephant, this one with a nubbly surface like a crocodile, this one like the head of an old man with a large nose. Cordelia took Lucie to see some of her favorites, to scramble to the tops, to look down from the edges of cliffs into gorges below.

Lucie ran along the top of the verdant cliffs with abandon, ankle deep in daisies with her hair flying in the wind. She reached over the edge to pluck a wildflower, the delicate violet and pink cup of its petals startling against the dark gray rock. She tucked it behind one ear, and bounded away again, Cordelia running to catch up. They were careful; they were Shadowhunters; but they were still children who could easily set a foot wrong, and eventually, Lucie did. Laughing at something Cordelia had said, she stepped back into open air and, overbalancing, began to tumble from the edge of a high cliff. Cordelia had time to see Lucie’s smile change to abrupt horror before she lunged toward her friend, catching the skirt of her dress. She felt the material rip in her hands, but it gave Lucie the time to twist about and get her arm onto flat ground, and gave Cordelia the time to grab Lucie around the wrist, and hold fast for dear life.

With a crumbling noise, whatever Lucie’s foot was on came free and Lucie jerked back, bouncing roughly against the ground. Cordelia was lying on her belly on the broken earth, hanging part-way off the cliff, her hand around Lucie’s wrist. Lucie turned her arm with great care, eyes locked on Cordelia, and grasped Cordelia’s wrist as well. They were stable, for the moment.

But not yet safe. Cordelia made to pull Lucie up, and the earth buckled beneath her. Lucie gave a yelp; her free hand pressed against the bare rock face to steady herself. She breathed very loud and very hard.

Cordelia commanded her voice to be steady. “Don’t move,” she said. “Someone will come for us. I shall not let you fall.”

A little scared gasp broke from Lucie’s lips. After an instant, Cordelia realized it was a laugh.

“Oh,” Lucie replied, “I am only fretting about how we shall pass the time until then.”

Cordelia had always thought Lucie must weigh nothing, but with so much of her weight in Cordelia’s hands, Cordelia was suddenly vividly aware of how much there was to lose, how critically important it was to hold on. The blue sky seemed to tip dizzily around and under them, blueness attempting to swallow Lucie up. Their breathing was thunder in Cordelia’s ears.

And there they waited. Cordelia wanted to call for help, but she dared not, afraid that diverting any energy to shout would weaken her grip. Lucie had no such qualms, and called for help a few times. There was no answer. The forest was silent, save for the wind rustling the trees above them.

Lucie and Cordelia looked at each other in dismay.

“You are always writing stories,” said Cordelia, after a long moment. “Could you tell me one?”

“I haven’t told my stories to anyone outside my family,” Lucie said. She sounded shy, and Cordelia opened her mouth to say that was quite all right, that she understood perfectly, when Lucie went on. “Since it is you, though, Cordelia, I think I could.”

Lucie related a rousing tale of a pirate with eyes green as the sea. Cordelia became so engaged with the story, she was even able to laugh a little. When she did, Lucie’s eyes lit up.

The story had to end. Silence followed. There was a breath of cold in the warm summer air, telling of the evening and the coming dark. The muscles in Cordelia’s arms were burning.

“Cordelia, are you not growing tired?” Lucie asked in a small voice.

“I am not in the least tired,” Cordelia answered stoutly. “I can hold on forever.”

Neither of them could later remember how long they waited. It felt like hours. Cordelia had time to realize that this was now her entire life, that the sensation of suffering and terror would simply go on and on without end, and she had begun to think of how should reconcile herself to this new truth when, all at once, she was enveloped in new warmth, and new strength. She squinted upward to see someone— James, it was James—grab hold of Lucie’s arm along with her. With a great heave, James hauled his sister back up to safety. Cordelia liked to think that she still had enough strength to help, a little. She held onto Lucie, in any event, and would not let go until they were both lying full length in the grass next to the cliff.

James looked down at them, arms folded. Limp with relief, Cordelia gazed at him. She had seldom seen him without his reading glasses before. She found herself shocked by the peculiar depths of his eyes, but shocked in a pleasant fashion. She wondered if James was going to scold them. Instead he just said, “You’re all right. Take your time.”

“James,” said Lucie. “Cordelia held onto me for hours. Hours upon hours.”

Cordelia said, “Days. It was days we were out here.”

Lucie let out a small, slightly frantic giggle. “It’s been weeks, James, what kept you?”

They explained how Lucie had fallen. “Lucie, I wish you had been satisfied by tearing through the daisies up here,” said James, with an exasperated sigh. “Generally speaking, cliffs are best enjoyed further from the edge.”

“I like daisies,” said Cordelia, before Lucie and James could start bickering in earnest. “I never understood why people called ‘Margaret’ might have the pretty nickname ‘Daisy.’ It does not sound any more like ‘Margaret’ than ‘Cordelia’ does.”

She looked over to find James blinking at her. Later she realized that Daisy was a nickname for Margaret because the French for daisy was marguerite, and Cordelia felt an awful fool. James clearly knew at the time, but he was too kind to say so.

Instead, he said, “Why shouldn’t we call you Daisy, if you like it?”

Cordelia felt warm all over at the thought of the Herondales having a pet name for her.

“Yes!” said Lucie eagerly, sitting bolt upright in the grass. Lucie seemed so undaunted, barely escaping yet unaffected by danger. “We ought to have a nickname for you!”

Daisy. It was a carefree name, a joyful one. Unable to think of what to say, Cordelia took Lucie’s hand and squeezed it. Then she winced, the ache in her arm returning with the motion.

Lucie gave her a pensive look. “Days,” she said. “Weeks, you held on, Daisy.”

Cordelia grinned, delighted to have entered Lucie’s mythology in a heroic manner. “I’d have held on for months, if that was what it took.”

“James,” Lucie said, though she didn’t look over at him. “Did you know Cordelia’s going to be my parabatai?”

“I am?” Cordelia said with amusement.

Lucie looked horrified, like she’d suddenly woken from a dream. “I’m sorry, that was the shock speaking. I would never presume—”

“Lucie!” Cordelia said. She tightened her grip on her friend’s hand, pleased to do so in safety, and looked up at James. “Of course we’re going to be parabatai.” 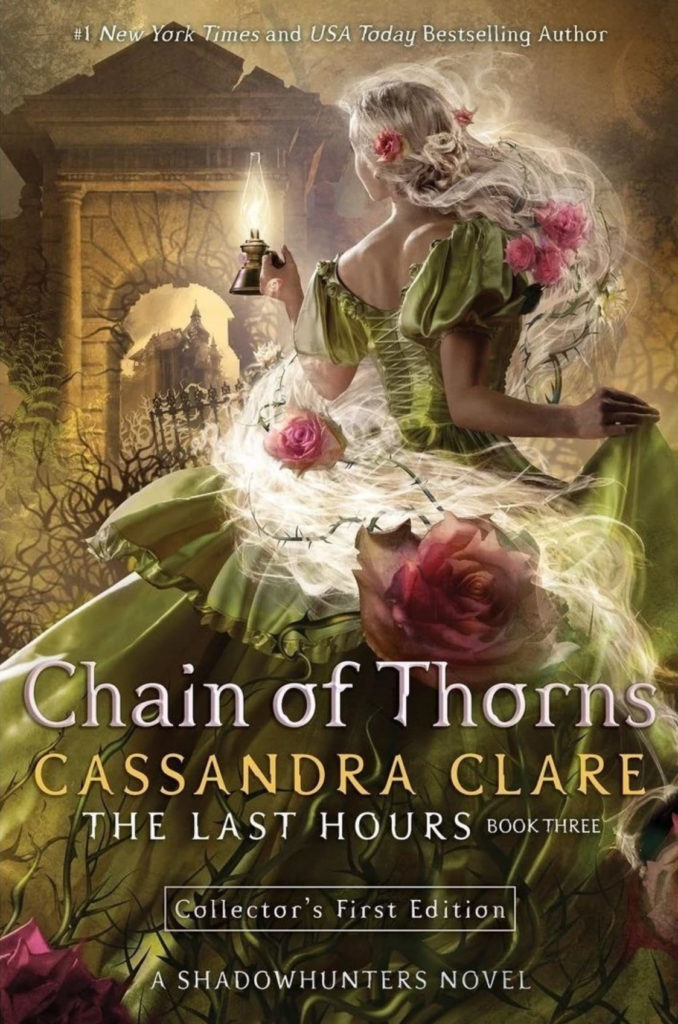 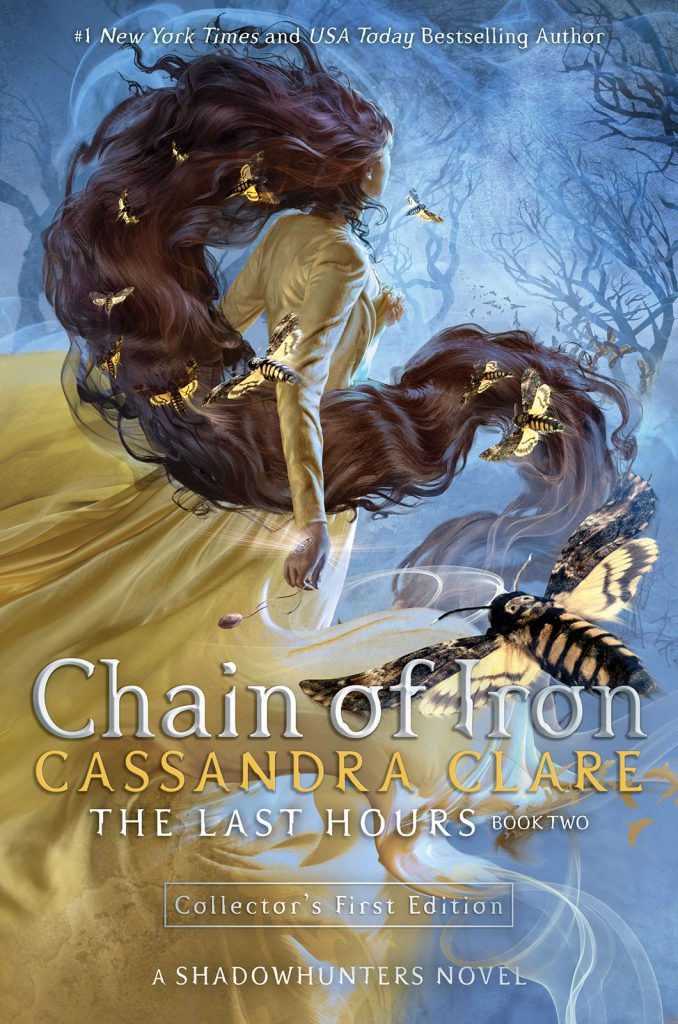 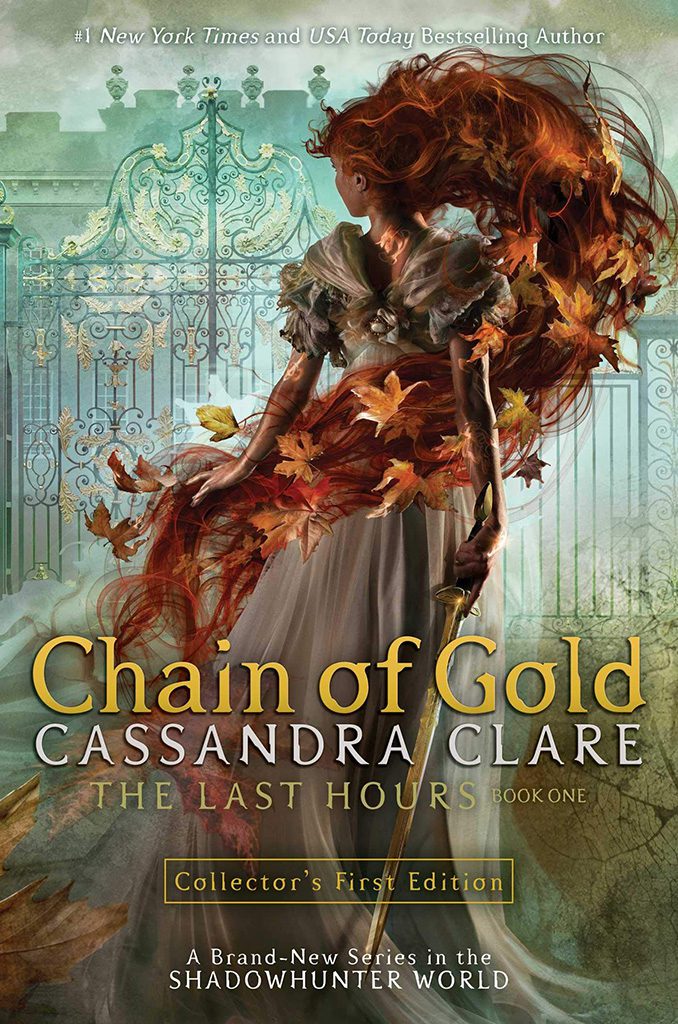 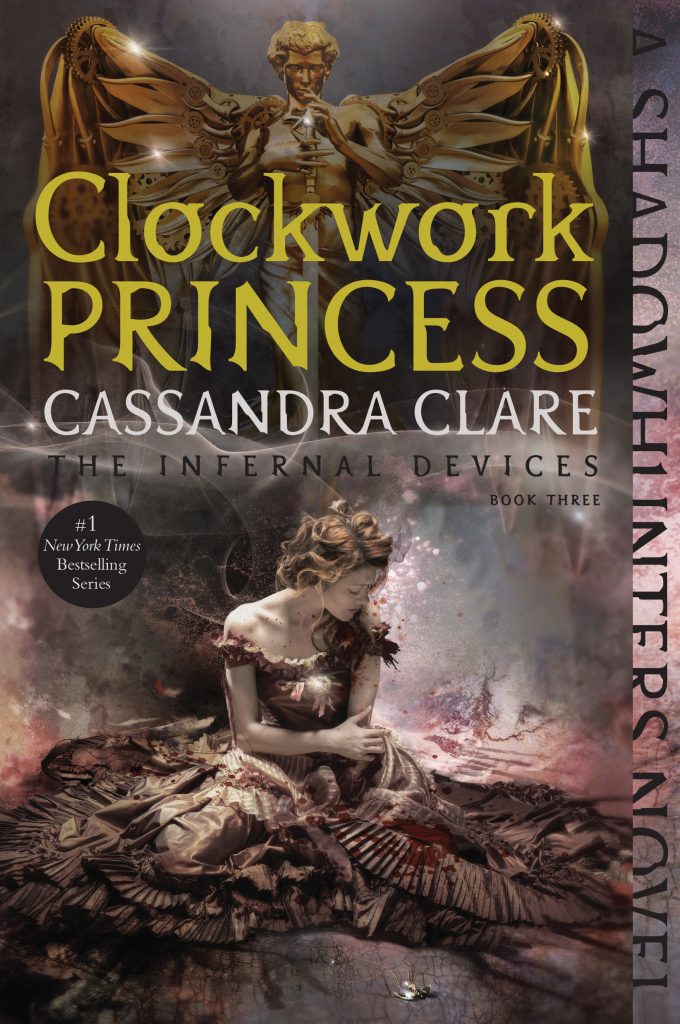